"I start immediately with paint. Just get involved with that. Because I feel that it's all one. I don't separate drawing from painting. I don't separate organizing the surface from really drawing. I think that's drawing. Drawing to me is designing space really, organizing it. It's not just rendering a particular form . . . calling that drawing an arm or a head or a figure." 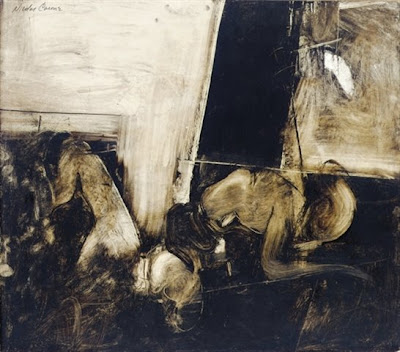