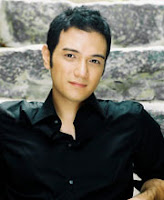 In February Helicon presented a its 81st Sympsoium, titled "The Art of English Song," which featured music by Purcell, Vaughan Williams, and Britten. It was a great night. The tenor, Nicholas Phan is an impressive young artist and a major rising star. I met him while playing principal oboe in the Houston Grand Opera back in 2004, and had wanted to make this program happen ever since. The continuo team is from the Orchestra of St. Luke's and is one of the best in this country. I particularly wanted to present a program combining English Baroque and 20th-C. music to explore the connections and contrasts that might result. Purcell is, of course, the great progenitor of English music and so was a strong influence on Britten and Vaughan Williams. Hearing these works together in one evening turned out to be illuminating.

Here is the program followed by my program notes.

THE ART OF ENGLISH SONG

If Music Be The Food Of Love
Music For A While

I Attempt From Love's Sickness To Fly
Sweeter Than Roses
Not All My Torments
There's Not A Swain
An Epithalamium: Thrice Happy Lovers

Olinda In The Shades Unseen
An Evening Hymn

Word painting in “The Art of English Song”
by James Roe, Artistic Director

Song is the ubiquitous form for expressing emotion through words and music. Helicon’s 81st Symposium presents art songs by three of England’s greatest composers, Henry Purcell, Benjamin Britten, and Ralph Vaughan Williams. These composers were masters of a compositional technique called “word painting,” which is the use of musical tools to enhance the meaning of the text. Since the songs on this program are in English, we have direct access to the interplay between words and music.

Among the first musical choices a composer makes when approaching a text is that of key or mode. There are two main musical modes, major and minor. Major modes are generally happy, minor the opposite. One expects a sad sentiment to be sung in a minor mode, however composers can play with these expectations to highlight an underlying ambivalence in a text. One of the Purcell songs we’ll hear opens with the line: “I attempt from Love’s sickness to fly in vain, since I am myself my own fever and pain.” Purcell sets this unhappy realization in the sunny key of A Major. This surprising choice emphasizes not the pain of love’s sickness but our hapless complicity in it. The song becomes a self-amused realization of our own susceptibility to love’s traps. A successful song reveals such layers of meaning not evident in the music or the text alone.

Another musical choice is that of tempo. The famous Purcell song, “Sweeter than Roses,” opens with expansive, improvisatory music that evokes the nostalgic images of the opening line: “Sweeter than roses, or cool evening breeze, was the dear kiss.” This kiss seems to have gone exceedingly well, “first trembling made me freeze, then shot like fire all over.” On this phrase, Purcell launches into a fast tempo, painting the kiss’s fiery passion with shooting musical notes. The next line reads “What magic has victorious love!” Here, Purcell sets up a brisk, regular tempo emphasizing the power of love’s magic over us.

A composer’s most direct tool for word painting is melodic shape. Words are set to melody in two ways, syllabic and melismatic. Syllabic is the most common. With one note per syllable of text, it emphasizes clarity and flow. A melisma is more than one note sung on a single syllable. This expressive device highlights certain words and enhances their emotional impact. A fine example of syllabic word painting from this Symposium comes in the second of Vaughan Williams’ Blake Songs, “A Poison Tree.” Blake’s poem, from his “Songs of Experience,” is a chilling depiction of the progression of anger to fatal revenge. In the last line, the speaker sees his foe dead on the ground, poisoned by the fruit of enmity. “In the morning glad I see, my foe outstretched beneath the tree.” Vaughan Williams sets this line syllabically, each word descending step-by-step to the song’s final note, a long unaccompanied “D.” This unadorned, outstretched note represents the final resting place of the speaker’s victim. (Could the note “D” also denote the word “death”?) Melismatic text setting is a special expressive choice. When a composer writes a melisma on a word, the clarity of that word can be partly or even greatly obscured as the shape of the melody takes prominence over the natural flow of the text. A fine composer will use melismas in important moments where the expressive meaning of a word overwhelms its grammatical or rhythmic place in the poem. There is an irresistible example from Handel’s “Messiah” in the chorus “All We Like Sheep.” The opening line, “All we like sheep, have gone astray,” is set syllabically until the word, “astray.” On its second syllable, Handel writes a long undulating melisma. The melody practically goes haywire, jumping and leaping all about. Quite literally, it goes astray. Melismas offer performers great opportunity for personal expression. In his song “Not All My Torments,” Purcell writes exquisitely complex melismas to color key words such as “torments,” “pity,” and “sorrows.” The two final bars of the song are given over to a weeping melisma on the words, “I despair.” Listen for the way our musicians respond to passages such as these.

I cannot leave the topic of word painting without mentioning one of my favorite examples in all of music, which happens to be on this program. It comes in Purcell’s sublime song, “Music for a While.” Referencing the story of Orpheus, the text tells of music’s power to calm a troubled mind, if only temporarily. The song's second section describes music’s affect on one of the mythological Furies, Alecto. This Alecto is a singularly unpleasant girl. Armed with a whip, she has snakes for hair, bat wings, a dog’s head and blood dripping from her eyes. Yet music has the power to calm even this beastly creature, causing “the snakes to drop from her head and the whip from out her hands.” In his setting, Purcell repeats the word “drop” nine times, each one iterated with a single short note sung on the weak half of the beat. The effect is onomatopoetic word painting, and is immensely charming.

The songs featured in this Symposium are rich in these devices and many others. Keep your ears open. Let your imagination be stimulated by the words, the music, and the performers’ interpretations to heighten your experience of these masterpieces of art song written in our shared language.