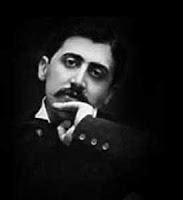 The final concert of Helicon's 22nd season—and my first as Artistic Director—is coming up in just under two weeks.
MUSIC OF PROUST’S SALON

With special guest, Pulitzer-prize winning poet, Richard Howard,
who will read selections from “In Search of Lost Time”
and his new translations of Proust poems.

It is no surprise that Marcel Proust—an author so concerned with memory and time—was a dedicated lover of music, the invisible art that exists only in the passage of time. Our 82nd Symposium features music important in Proust’s life and work. Pedja Muzijevic opens the concert with piano pieces by Proust’s one-time lover and life-long friend, Reynaldo Hahn. His is quintessential salon music, charming, nostalgic, and utterly French. Jennifer Frautschi then joins Pedja for Saint-Saëns’ Violin Sonata No. 1. Hahn’s diaries reveal that the reoccurring melody in this piece inspired the famous “little phrase” that represents Swan’s love for Odette in In Search of Lost Time. Proust wrote that his primary “spiritual nurishment” was the music of Beethoven and Franck. Famously, he would send taxis around Paris to round up favorite musicians for post-midnight performances of Franck’s music in his home. To close Helicon’s 22nd season (well before midnight) we have rounded up our favorite musicians to perform Franck’s opulent Piano Quintet in F Minor.

I. PROUST IN LOVE — Marcel & Reynaldo
“One is always inspired when speaking of what one loves.
The truth is that one should never speak of anything else.”
Letter from Proust to Hahn

Marcel Proust: poems from
"Portraits of Painters, Portraits of Musicians" (1896)
translated and read by Richard Howard

II. THE LITTLE PHRASE — Swann & Odette
“. . . the little phrase by Vinteuil which was, so to speak,
the national anthem of their love.”
from Swann’s Way

Passage from Swann’s Way
“In Search of Lost Time” Vol. 1, chapter "Swann in Love"
translated and read by Richard Howard