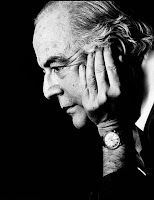 The music of Samuel Barber has touched audiences around the world, achieving superstardom through the ravishingly beautiful “Adagio for Strings.” He has given wind players the centerpiece of their repertoire with his indispensable “Summer Music,” Op. 31. The work was commissioned by public subscription under the auspices of the Chamber Music Society of Detroit and the popular radio personality, Karl Haas. Contributors to the project were known to stop Mr. Haas on the street and inquire, “How is ‘MY’ piece coming along?” Perhaps its origin in such midwestern populism gives this work its undeniable American familiarity.

Though not exactly program music, the work expresses its title with subtly honed musical images. This piece is evocative, poetic and nostalgic, passionate and mercurial. It leaves its mark on the listener long after it’s final quiet flourishes.

One of Zéphryos' signature pieces—we've played it many times all over the country—tonight we play it after intermission at Tannery Pond.

"We are talking now of summer evenings in Knoxville Tennessee in that time that I lived there so successfully disguised to myself as a child.

. . . It has become that time of evening when people sit on their porches, rocking gently and talking gently and watching the street and the standing up into their sphere of possession of the trees, of birds' hung havens, hangars. People go by; things go by . . .

The dry and exalted noise of the locusts from all the air at once enchants my eardrums.

On the rough wet grass of the back yard my father and mother have spread quilts. We all lie there, my mother, my father, my uncle, my aunt, and I too am lying there . . . They are not talking much, and the talk is quiet, of nothing in particular, of nothing at all. The stars are wide and alive, they seem each like a smile of great sweetness, and they seem very near. All my people are larger bodies than mine, . . . with voices gentle and meaningless like the voices of sleeping birds. One is an artist, he is living at home. One is a musician, she is living at home. One is my mother who is good to me. One is my father who is good to me. By some chance, here they are, all on this earth; and who shall ever tell the sorrow of being on this earth, lying, on quilts, on the grass, in a summer evening, among the sounds of the night. May God bless my people, my uncle, my aunt, my mother, my good father, oh, remember them kindly in their time of trouble; and in the hour of their taking away.

After a little I am taken in and put to bed. Sleep, soft smiling, draws me unto her: and those receive me, who quietly treat me, as one familiar and well-beloved in that home: but will not, oh, will not, not now, not ever; but will not ever tell me who I am." --- James Agee

"Summer Music, Opus. 31, by Samuel Barber is marked 'slow and indolent.' The only time that indolence is considered acceptable behavior is probably in the summer. Or when performing a piece of music about summer. The oppressive weight of the very air in summer was painted around the Pollard Auditorium. With an exquisite oboe solo, and sensitive ensemble work, the atmosphere was deftly transformed and one could even feel a light breeze; nice, but not enough to lift the film and haze that permeates even the coolest days in a Southern summer.

I cannot imagine a more perfect rendering of this piece. It was summer on the front porch, with the sticky-sleepy feel of late afternoon. The members of the Zéphyros Quintet are fabulous artists at setting a mood, whether humorous and tongue in cheek, or a landscape setting." ---, The Oak Ridger

"The high point of the concert came just before intermission, in a performance of Samuel Barber's Summer Music for wind quintet. Barber marked the opening of his music 'slow and indolent,' and that's exactly how Zéphyros played it. It was a remarkably expressive and languid account that clearly called to mind a cool breeze on a hot summer day." -- John Pitcher, The Washington Post

"The eleven continuous sections of Samuel Barber's Summer Music, Op. 31, gave plenty of scope for the Zéphyros. Although the composer wanted to evoke the languid days of summer, there are faster and louder sections within the piece. The ensemble heeded the composer's warning – 'Don't play it too slowly' – so they maintained a steady, forward impulse even during the slower sections." --- William Thomas Walker The Classical Voice of North Carolina