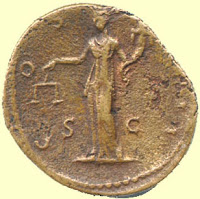 SERENDIPITY is one of the wonders of New York life. E. B. White suggested no one should come here unwilling to be lucky. Today was one of those uniquely New York days, where serendipity metes out her delightful spoils: social, professional, and cultural.

It actually began last night. I was having dinner with my dear friend, Bart Feller (principal flute of the New York City Opera, Santa Fe Opera, and New Jersey Symphony Orchestra and flute teacher at Rutgers and Juilliard Pre-College) at a new restaurant in the Time Warner Center near his home. Landmarc, it's called. As we were sharing the ridiculously affordable dessert sampler (Modesty prevents me from describing each treat or the price, let alone who had more of the lemon tart.) and enjoying the view of Central Park, Bart said, "I should do this every few days just to reinforce how wonderful it is to live in New York."

Leaving the restaurant content and full, I checked my messages (the perpetual act of New York freelancers) and found a call to sub in a New York Philharmonic rehearsal the next morning. As it happens, I had been released from a ballet rehearsal scheduled for that morning, so I was available. It was my first time playing with this most deluxe of orchestras. Lorin Maazel would conduct Brahms 4.

When I walked on stage this morning around half past nine, I was warmly welcomed by Philip Myers, the principal horn. ("Welcome, I'm Phil," he said with his hand out. "Yes, I know," is what I thought, though, "How do you do, I'm Jim Roe," is what I said.) Sherry Silar was playing principal oboe and sounded just wonderful. The tonal richness produced by that orchestra was utterly seductive. In terms of sheer power and beauty, I've rarely had such an experience. Maybe only rehearsing Die Walküre in 2000 with The Met, sitting right in front of the cast of luminary opera singers.

After the Philharmonic rehearsal, I ran into oboist Livio Caroli (New York City Opera and American Ballet Theater), and flutist, Gerardo Levi (New York City Opera, retired) who invited me to lunch. After a delightful hour, I headed down to Pedja Muzijevic's apartment in Chelsea for a Zéphyros rehearsal for our Tannery Pond concert tomorrow night. We rehearsed Thuille, Barber, Beethoven, and finally the Poulenc Oboe Sonata. My lips and brain were shot. Happy, but quite shot.

Walking to the 18th Street subway stop, I ran into a friend and Helicon subscriber, Jane Taylor. She and her husband Guy Renvoize, who I met through Alvin Friedman-Kien and Ryo Toyonaga, live in a beautiful loft on Seventh Avenue. Before long I was invited to dinner and we were sipping wine, eating a wood-oven pizza and discussing "life, liberty, and the pursuit." It was the perfect tonic (even without the gin) to the effort of the day and the rest of the weekend.

A final treat of the day was delivered by email. Alex Ross, classical music critic of The New Yorker and impressive blogger ("The Rest is Noise"), agreed to add a link to my blog from his.

Tomorrow, I play another rehearsal with the NY Phil, then drive to Tannery with our horn player Patrick Pridemore. He's graciously picking me up at the stage door. We rehearse and perform, briefly relax and sleep, only to return the next morning. I play principal oboe on a matinee of the New York City Ballet at 3:00.

"Fortune" is blind, so if her cornucopia begins spilling in your direction, it's good to have your arms out.