“I believe that the essence of music is to arouse
the mysterious depths of our souls.”
Marcel Proust

It is no surprise that Marcel Proust—a writer consumed with exploring the experience of memory—was a dedicated lover of music, the invisible art that only exists in the passage of time. Helicon’s 82nd Symposium presents music important in Proust’s life and work with readings from his poems and “In Search of Lost Time.” 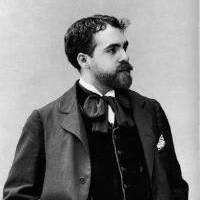 When I contacted Pulitzer Prize-winning poet, Richard Howard about participating in Helicon’s Proust concert, he was not only delighted at the prospect, but said he had some new material to offer. He was making new translations of little known Proust poems for an upcoming book, and had recently finished several he thought might be of interest. So, I paid a visit to his book-lined apartment near NYU. The poems he showed me were lyrical portraits of individual painters and composers and fit Helicon’s program perfectly. They were written in the mid-1890s, shortly after Proust met the composer, Reynaldo Hahn.

One of twelve children, Hahn was born in Venezuela to a Catholic mother and a Jewish businessman. To escape growing political unrest, the family left South America for Paris in 1877. By 1893, the year the two young men met, Hahn had already distinguished himself as a composer and performer. With sympathetic tastes and dispositions, the two quickly fell in love. Considering the time in which they lived, Proust and Hahn conducted their relationship with uncommon conspicuousness. (Oscar Wilde’s trial for “gross indecency” began in 1895.) Their romance lasted several years, but the two artists remained life-long friends.

Though Hahn wrote music in every genre including, opera and ballet, his gifts shine brightest in smaller forms. His songs are exquisite, and he often sang them at parties accompanying himself at the piano. He also produced a large body of salon music for solo piano, which displays his characteristic wit and sophisticated charm. To open our program, we will intersperse readings of Proust’s poems between his friend’s Premières valses pour piano. 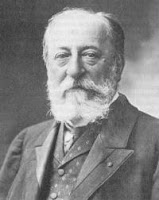 II. THE LITTLE PHRASE — Swann & Odette
A Passage from Swann’s Way translated and read by Richard Howard
Violin Sonata No. 1 in D Minor by Camille Saint-Saëns

In Swann’s Way, Book One of “In Search of Lost Time,” Proust introduces a fictive composer named Vinteuil, whose presence and music recur throughout the multi-volume work. The cyclic structure of Proust’s novel is mirrored in a composition by Vinteuil, a Sonata for Violin and Piano. Swann is particularly taken by this music, especially a “little phrase” that reappears throughout the piece and subsequently comes to symbolize the love he shared with Odette. “The national anthem of our love,” they called it. Through Swann’s evolving experience of this piece, Proust traces the development of his characters’ relations while illuminating complex connections between music, emotion, and memory. Swann’s reflections on the Vinteuil Sonata are among the most eloquent descriptions of musical experience in literature. Richard Howard will read his own translation of Swann’s first encounter with the sonata and the effect of its “little phrase.”

That this imaginary sonata must be based on an actual piece has spawned nearly a century of hot speculation, at least in certain circles . . . Swann describes a work so sublime, that César Franck’s great Sonata in A Major is often suggested as the model. Another candidate is the First Violin Sonata of Gabriel Fauré, a composer Proust knew and admired. (Helicon has presented both pieces, the Franck on our 38th Symposium, 21 April 1996, with Pedja Muzijevic and Mark Steinberg, and the Fauré on our 73rd, 13 March 2005, with Pedja and Jennifer Frautschi.) Reynaldo Hahn’s diaries reveal that the “little phrase” was based on the recurring melody in Camille Saint-Saëns’ Violin Sonata in D Minor, which closes the first half of this program. 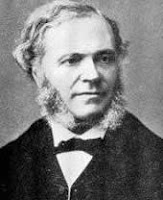 “For some years Beethoven’s last quartets and the music of Franck has been my principal spiritual nourishment,” wrote Proust in 1916. It was listening to the music of Franck and Beethoven, as well as Schumann, Wagner, and Mozart, that stimulated Proust’s thinking about the creative process and informed the narrator’s musical meditations late in his novel.

Proust attended concerts by the celebrated Parisian string quartet, Quatuor Poulet, and became acquainted with their violist, Amable Massis. During a post-concert conversation, Proust proposed a private performance in his home. The musicians agreed in principle, though no specific plans were made. Some days later, Proust made a surprise visit to the first violinist’s apartment around 11:00 P.M., consumed by the desire to hear a string quartet of César Franck that very night! The violinist followed Proust to a waiting car where he was offered a bowl of mashed potatoes. They then drove around Paris collecting the other quartet members. By the time the performance began, it was nearly one in the morning. Upon finishing the demanding work, Proust sat in silence a long time. He then asked to hear the whole work again from the beginning.

Massis later remarked on the novelist’s attention during their performance, “Proust was a marvelous listener, straightforward, direct, a man who drank in music without raising any questions.” One can only imagine the heightened experience of such intimate music making and the spiritual nourishment it provided the musicians and their solitary, marvelous listener.

“Music may be the unique example of what might have been
the means of communicating between souls.”
From “In Search of Lost Time”

The idea of salon concerts featuring works related to Proust's novel is marvelous. This is thoughtful programming, and I wish I could be there to hear.