As a child it meant the end of school and the coming of outdoors-based physical activities. Widely described as fun, they were not by me. All sports were torture, but one in particular . . . Our family had a set of dirt bikes scaled for each member. I received my first at the age of six, I think. (“Jimmy, look what we got for you!” When it wasn’t the Encyclopedia Britannica I so coveted, and turned out to be a 50 cc dirt bike, I knew mine would be a very confusing childhood.) We’d load up our trailer emblazoned with reflective letters spelling, “JESUS IS LORD,” and head to the power lines. There we’d ride our motor cycles loudly up and down the sand-covered hills. These outings filled me with dread, terror, and deep sadness, all of which I gamely hid, feigning enthusiasm. Why wasn’t fun any fun?

As a teenager and into my college years, summer meant the end of music and the beginning of farm work. (I financed my education and musical winters largely through summer work on a 500 acre cherry farm in Acme, Michigan.) It’s easy to romanticize youthful dog days spent on the farm—overalls and a sprig of grass between the teeth—but modern agro-industry is non-union factory work done outside. For twelve hours a day, six days a week, we worked. I learned to drive a tractor, fork lift, flat bed truck, and many difficult lessons, but I paid for my schooling and new oboes.

As a Juilliard student, summer meant poverty. Because gigs and teaching dried up, I lived on an impressively Spartan budget. To save the $2.30 round trip subway fare to Greenwich Village, I’d walk three miles each way to go out. That way I could afford a beer. I learned a lot about New York on those walks, and in my dorm room I had central AC and a view of the Hudson River.

So, my reflexive reaction to the rising mercury is still tinged with dread, though now I have summers that better suit me. Music festivals bring chamber music, touring, new friends, and wonderful performances. I have had many memorable ones with the Orchestra of St. Luke’s at Caramoor. Recent seasons have also included chamber music at Skaneateles, Moab, Crested Butte, and Mt. Desert Island, Maine, principal oboe for visiting ballet companies at Lincoln Center, a trip to Japan with the NYCO, and concerto performances at Manchester, VT and the Mostly Mozart Festival in NYC.

Over Memorial Day weekend, Zéphyros and Pedja Muzijevic performed at Tannery Pond, and from that vantage point, I looked ahead to a truly lovely summer.

• June - Chamber music and NYCB performances
• July - one Caramoor concert, two weeks at Saratoga, NY with the NYCB, and a week’s vacation in between
• August - the Mostly Mozart Festival (I'll be playing 2nd oboe in the orchestra this season.)

Somewhere in that time (I know exactly when) I turn 40. With that milestone in the picture, I feel fortunate to have a summer filled with great performances. Had someone whispered in the ear of that little boy wiped-out with his dirt bike under a power line that on his 40th birthday he would be in New York City rehearsing Mozart and Schubert at Lincoln Center, the oppressive heat of those small town summers might have lifted a little. 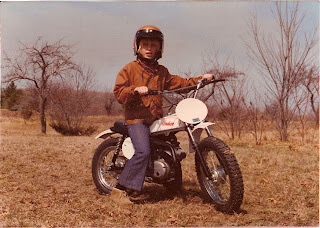